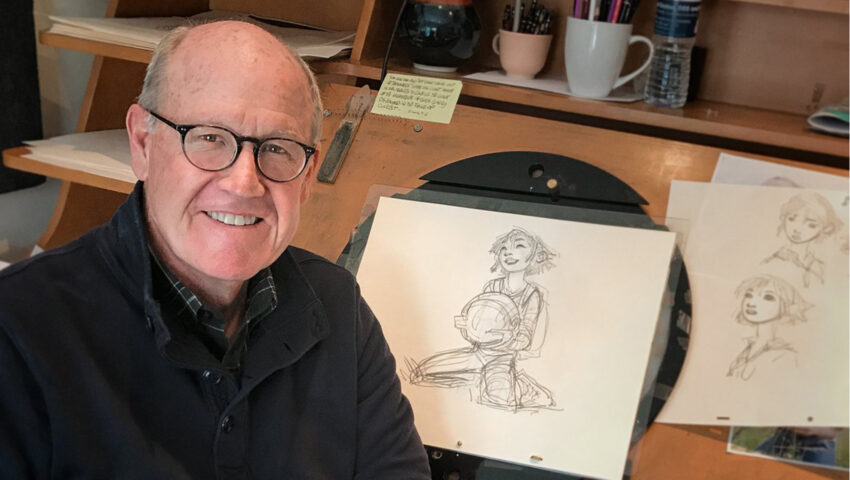 Glen Keane with a sketch of Fei Fei from his
animated feature directorial debut “Over the Moon.”

A 38-year veteran of Walt Disney Animation Studios, Glen Keane trained under Walt Disney’s Nine Old Men and is most noted for his creations of many beloved Disney characters such as Ariel of “The Little Mermaid”, Aladdin, The Beast, Pocahontas, Tarzan, and Rapunzel.

In his Keynote session at SIGGRAPH Asia 2020, Keane will bring you on a behind-the-scenes look at the origins and making of his animated feature directorial debut “Over the Moon”, a co-production with Pearl Studio and Netflix!

“Over the Moon” is an animated musical adventure about a girl who builds a rocket ship and blasts off to the moon in hopes of meeting the legendary Moon Goddess, Chang’e. When she gets to the “other side”, she unexpectedly discovers a whimsical world filled with fantastical creatures — some of whom threaten her and others who ultimately help her find her way home.

Join Glen Keane and leading computer graphics professionals online this 4–13 December at the very first virtual edition of SIGGRAPH Asia 2020. For the very first time, you will be able to learn, network, and experience the event from the comfort of your homes and offices.

Here is a summary of what to expect:

All on-demand and recorded sessions will be accessible on the virtual platform for three months from 13 December. Early bird rates end 8 November. Register now and save! Find out more here: http://bit.ly/sa20reg.