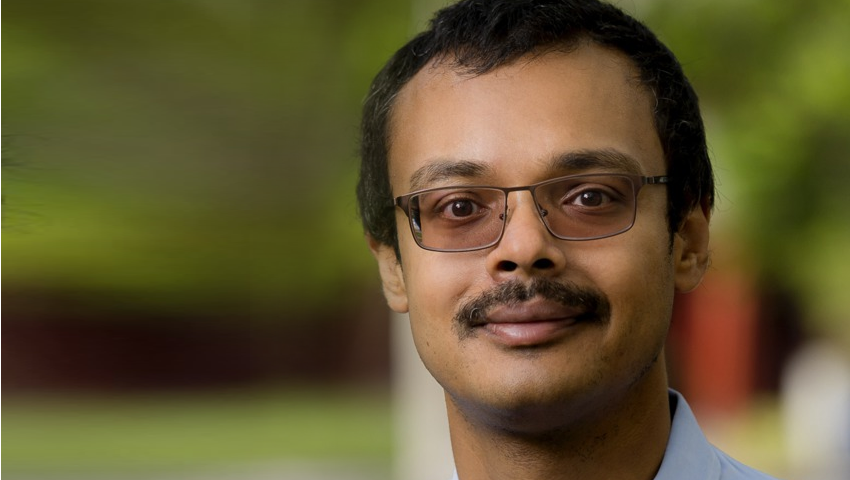 By Melanie A. Farmer

For his pioneering contributions in the creation of realistic graphics and advances in computer vision, Ravi Ramamoorthi has been elected a Fellow of the Association for Computing Machinery (ACM). Ramamoorthi is part of a newly elected class of fellows; ACM fellows represent less than one percent of ACM’s overall membership of talented and innovative researchers and academicians in the wide-ranging computer science field.

Ramamoorthi, who is the Ronald L. Graham Endowed Chair of Computer Science at UC San Diego and founding director of UCSD’s Center for Visual Computing, is one of 54 elected members who will be formally recognized at ACM’s annual awards banquet, to be held in San Francisco on June 23, 2018.

“This is a great honor,” he says. “Recognition as a senior leader within the broader ACM and computer science community is indeed a special recognition.”

Ramamoorthi’s research has mostly centered on computer graphics rendering and application of these appearance models in physics-based computer vision. He pioneered a signal-processing view, focusing on the mathematical representations and computational models for visual appearance. His approach to spherical­-harmonic lighting is now standard in video games (such as Halo) as well as movies, including the film Avatar, and since mid­-2011, the technique is part of the industry ­standard RenderMan software, a photorealistic 3D rendering tool. Ramamoorthi was also a consultant to Pixar when the company changed its rendering pipeline to include importance ­sampling with physically based shading in 2011.

Aside from the immediate visual feedback, he notes, “Computer graphics held a special fascination for me, given the blend of beautiful mathematics, understanding of the physical world, and implementation in sophisticated computing programs.”

While at Stanford, Ramamoorthi began also turning his attention to computer vision when it became clear to him, he says, “that the same appearance models we were developing in computer graphics could also have substantial impact in physics-based computer vision. Today, there are many common domains between them, and I’m happy to have been one of the early leaders in bridging these fields.”

In 2012, Ramamoorthi taught the first massive open online course (MOOC) in computer graphics as one of the first nine classes on the edX online education platform. He continues to spread the “magic of computer graphics,” as he puts it, to the broader community around the world with repeat offerings and via his YouTube channel.

In addition to his incredible research achievements, Ramamoorthi places a huge importance in his role as an educator.

“I am particularly proud of advising and mentoring more than 20 postdoctoral and PhD students, who have subsequently gone on to do great things independently,” he says. “I look forward to the achievements of the next group of current students.”

Ramamoorthi and his lab at UCSD continue to push advances in computer graphics and vision research. His group is working on increasing the efficiency of image generation and realism, leveraging newer domains such as mobile, virtual reality/augmented reality, and machine learning. For increasing realism, they have explored volumetric scattering, new reflectance models for effects like specular glints, fur, cloth, and efficient reflectance acquisition. And, more recently, they have been focusing on imaging problems, particularly exploring ideas related to new image sensors such as light field cameras.