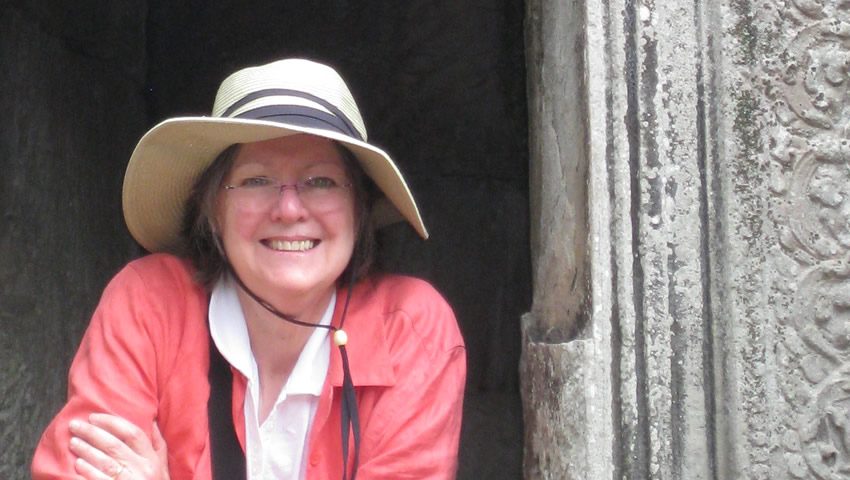 This Q&A was originally published in the ACM SIGGRAPH Member Profiles. Mary Whitton is a research professor in the computer science department at UNC-Chapel Hill. She has been involved in SIGGRAPH conferences since 1977 and is currently working on recording, preserving and making accessible the history of SIGGRAPH and computer graphics history.

1. What do you do and how long have you been doing it?

I’ve been a research professor in the computer science department at UNC-Chapel Hill since 1995. I managed the graphics laboratory for a few years and then Fred Brooks and I formed the Effective Virtual Environments (EVE) research group about 1998.

Hmmm, which career? I taught junior high math for three years before going back to school in electrical engineering. My first job in computer graphics was co-founder and VP for sales and marketing of Ikonas Graphics Systems (1978) where, in traditional startup fashion, I did lots of things including circuit design, sales brochure copy writing and layout (without benefit of Adobe or Apple products), and office cleaning.

I received my MS in Electrical and Computer Engineering from NC State in 1984. My startup co-founders and I joke that we got our MBAs at the School of Hard Knocks.

4. How did you first get involved with SIGGRAPH?

My first SIGGRAPH was 1977 and Ikonas first exhibited in 1979. At the conference we hung out with customers who were active in the SIGGRAPH organization. I connected with the Local Chapters folks and started the Research Triangle Local SIGGRAPH chapter in about 1983.

6. If you could have dinner with one living or non-living person, who would it be and why?

I’d love to have one more dinner with my Trancept Systems startup co-founders–Nick England, Tim Van Hook, and Robert Whitton (d. 2011). Wicked sharp minds, wicked humor, and abiding mutual respect. And if I could invite Ivan Sutherland to join us to talk about fostering innovation, it would be even more memorable.

7. What is your favorite memory of a SIGGRAPH conference?

In 1979 Ikonas was the only company on the trade show floor displaying a full color image from Turner Whitted’s seiminal paper introducing ray-tracing (doi> 10.1145/800249.807419). The red, green, and blue color data were loaded into the Ikonas frame buffer from separate 265K bytes 8″ floppy disks. This turned out to be a great maketing tool as everybody who was anybody came by to see the image and we collected the contract info for our sales lead database.

My undergraduate degree is from Duke where my major was religion. I also have an MS in Guidance and Personnel Services from NC State.

My parents, Beau and Daphne Whitton, from whom I learned to be curious, to be kind, and to be responsible.

In 1989 Kelly Booth, then SIGGRAPH President, asked me to run for the SIGGRAPH Executive Committee. I would never have thought of being involved at that level if he hadn’t asked. Bob Sproull (Sun Microsystems Labs) and Fred Brooks (UNC) offered me time away from my day jobs so I could do SIGGRAPH and ACM work.