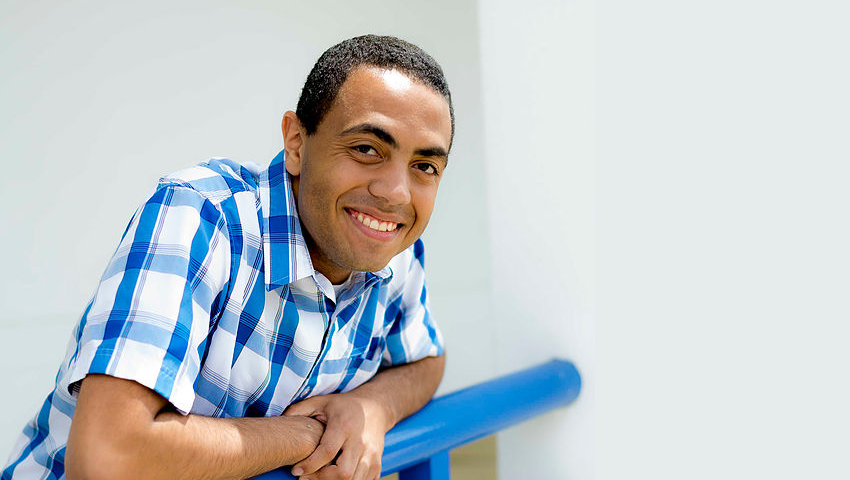 Black History Month, or National African American History Month is an annual celebration of achievements and a time for acknowledging the important role of African Americans in U.S. history. Other countries around the world, including Canada and the United Kingdom, also devote a month to celebrating black history. For a young African American male in the 21st century, ACM SIGGRAPH member Alexander Bryant feels its still significant to remember and learn from the sacrifices and successes that paved the way for the freedoms and opportunities that are available today. We asked Alex four questions on how African American history has shaped his life and career as a young professional.

SIGGRAPH: How much has Black History Month impacted your life and career?

Alexander Bryant (AB): Since childhood, Black History Month has played a significant role in my life. I am reminded on a daily basis of the sacrifices and achievements of my ancestors, mentors, friends and family and how they paved the way for the freedoms and opportunities for the next generation. In terms of my career, I feel it is important to be in a workplace which offers a diverse exposure of cultures and backgrounds. Personally, exposure to diversity enriches the work place with cultural competency, opens up a variety of perspectives, and builds skills and experiences among workers which allow a company to provide more effective services to customers on a global scale.

SIGGRAPH: Which African American icon has greatly influenced your way of life?
AB: Actually, there are three: my father, Dr. Martin Luther King Jr. and Oprah Winfrey. My first hero, my dad, is one of the greatest influences of my life because he has shaped me to be a better man through his lessons of being an African American male in the United States. The hardships he faced growing up and serving his country in the U.S. Air Force have always inspired me. Dr. Martin Luther King Jr. significantly influenced me with one of his quotes, “everyone has the power for greatness, not for fame but greatness, because greatness is determined by service.” These words have motivated me to actively find ways to give back to the community. Finally, as a professional in the entertainment industry, I am inspired by Ms. Oprah Winfrey on a daily basis on how to live a meaningful life and to lead with positive intentions.

SIGGRAPH: How did growing up in the UK influence your perspectives on Black History and African American Culture?
AB: Growing up in the UK in an interracial family provided an open mindset and respectful point of view towards different cultures, locations and people. My British and American education built a deep foundation around African American culture and how it has shaped the countries that celebrate Black History Month.

SIGGRAPH: What would you like others to take away from your past experiences as a young African American professional?
AB: I would like aspiring professionals like myself to continue to raise the bar – to learn from and celebrate all cultures and backgrounds in the world while achieving their best selves in all aspects of their lives. One word of advice I would share with other young professionals is to have the courage to be a pioneer for multi-generational change. Chase your lifelong dreams and bring more cultural awareness into the work environment.

Born and raised in the United Kingdom, Alexander Bryant utilizes the combination of graphic design, television production and social media experiences to captivate meaningful conversations and the importance of diversity in the entertainment industry. Mr. Bryant, 24, received his B.F.A. in studio art in December 2014 from Angelo State University in West Texas. As a student, he began working with ACM SIGGRAPH as a student volunteer in Vancouver, BC, Canada and as a team leader in Anaheim, CA, USA. Post graduation, he joined ACM SIGGRAPH’s social media committee. He currently works as a brand creative assistant at NBC Universal’s Esquire Network. His past credits include working with the following organizations: Vanity Fair, Access Hollywood, 2014 BET Awards, The 88th Grammy Awards, CBS, Entertainment Tonight, The Insider, Los Angeles 2024 Olympic Bid Committee, NAACP, General Motors Foundation, OWN: Oprah Winfrey Network, The Pan African Film Festival, and the Race to Erase MS Gala. Overall, Alex is an artist and a connector which is founded on self-motivation, respect, optimism and old-fashioned hard work which has resulted in his receiving an NAACP Image Award nomination, 4 American Advertising Awards, and an EMMY certificate in production from the National Academy of Television Arts and Sciences.