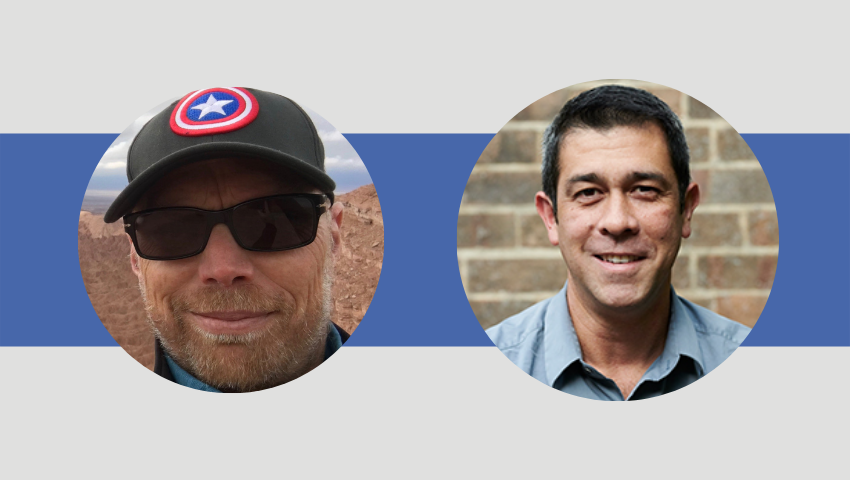 From left to right: Swen Gillberg and Darin Grant

SIGGRAPH Spotlight goes to the Oscars … sort of. Catch the latest podcast episode to hear SIGGRAPH 2022 Electronic Theater Director Darin Grant (Animal Logic) talk with VFX Supervisor Swen Gillberg. The two discuss the Oscar-nominated visual effects of “Free Guy”, as well as Gillberg’s career to date, how production continues to evolve amid the pandemic, and what’s next on Gillberg’s impressive roster of projects.

SIGGRAPH Spotlight · 53 – Swen Gillberg on the VFX of ‘Free Guy’

Don’t miss a single episode of the SIGGRAPH Spotlight podcast! If you’re already an avid listener, leave us a review to help others find us. If this is your first time listening, subscribe to the show via your favorite podcast app: Apple Podcasts (iTunes), Spotify, Stitcher, SoundCloud, iHeartRadio, Amazon Music, Google Podcasts, and more.

Interested in showcasing your latest VFX short or sizzle reel? Submit to the SIGGRAPH 2022 Electronic Theater now through 22 March. And, if you haven’t caught “Free Guy” yet, check out the film on Disney+ or HBO Max.

Swen Gillberg is a visual effects (VFX) supervisor known for his work on projects with Digital Domain, Marvel, and more. Nominated for an Academy Award® for his work on “Real Steel” and “Free Guy”, Swen has focused on the integration of live elements and CGI for more than two decades. He began his career in 1997 and has been a CG supervisor on features like “G.I. Joe: The Rise of Cobra”, “Percy Jackson & The Olympians: The Lightning Thief”, “Pirates of the Caribbean: At World’s End”, and “Letters from Iwo Jima”. His 3D integration credits include “A Beautiful Mind”, “The Day After Tomorrow”, “The Mummy: Tomb of the Dragon Emperor”, and more. Swen was the on-set VFX supervisor for “Jack the Giant Slayer”, and has supervised plate photography on set for “xXx”, “The Mummy: Tomb of the Dragon Emperor”, “Stealth”, “Flags of Our Fathers”, “Red Planet”, and “Ender’s Game”. He was VFX supervisor on “Night at the Museum”, “Fast and the Furious 7”, and “Captain America Civil War”, and, recently, was an additional VFX supervisor on “Avengers: Infinity War” and “Avengers: Endgame”.  He is currently the VFX supervisor for Netflix’s “The Gray Man”. Swen holds a B.S. in structural engineering from UCLA.