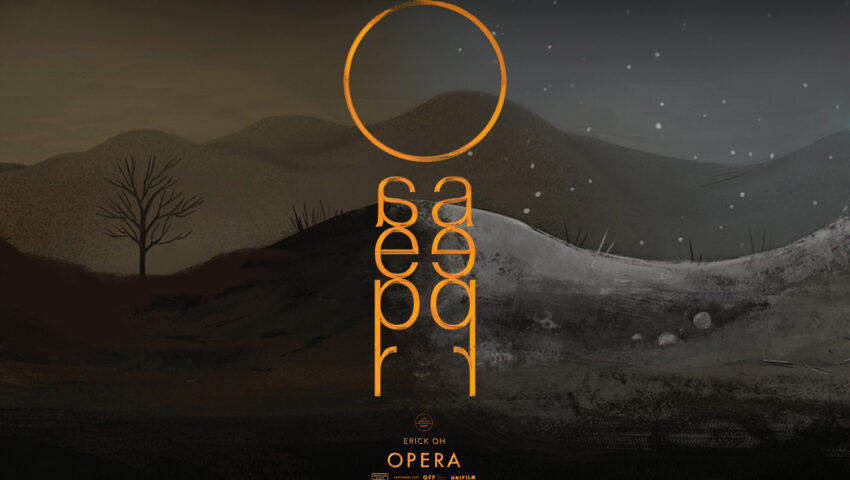 In just two weeks, we’ll welcome Erick Oh (Tonko House) to the SIGGRAPH Now virtual stage for a webinar where he’ll share his perspectives on storytelling today, followed by an exclusive question-and-answer session.

Erick is an Oscar-nominated, Korean filmmaker and artist based in California. A graduate of Seoul National University, Korea, and UCLA and former Pixar Animation Studios animator, Erick’s work has been wowing audiences since 2010. As a contributor to the SIGGRAPH 2021 virtual conference, we’re thrilled to bring him to SIGGRAPH Now for this complimentary session. Get to know Erick’s work below!

Beyond Academy Award-nominee and SIGGRAPH 2021 Art Gallery selection “Opera”, Erick has worked on acclaimed animated films and shorts, such as “Heart”, “The Dam Keeper”, “Finding Dory”, and more, and often combines his art with his view of the current world — something evident and important to the story of “Opera”. He recently discussed the short’s message with Deadline in advance of the April Oscars ceremony.

Below, we’ve compiled some examples of his animated work.

Oh’s first immersive project “Namoo”, developed in partnership with Baobab Studios, was created as a narrative poem come to life using Quill. Speaking about the project, which premiered at 2021 Sundance Film Festival, Oh told Animation World Network that it is a “deeply personal yet perhaps universal” piece that he hopes resonates with each audience member differently.

Beyond filmmaking for animation and VR, Erick showcases his digitally rendered art regularly on Instagram through drawings and short videos that tell stories as well as via physical installations. The “Opera” short was first an 8K-size animation installation project designed to portray our society and history through contemporary, animated versions of the Renaissance fresco mural paintings — driven by the spirits of Bosch, Michelangelo, Botticelli, and more.

Register to join us for a live webinar with Erick Oh on Wednesday, 26 May at 1:00 pm PT! The webinar will not be recorded and registration is available on a first-come, first-served basis.