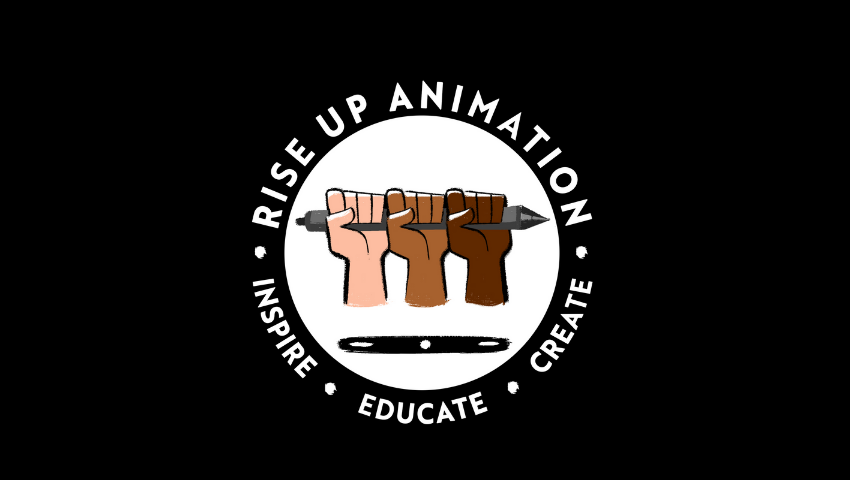 In response to the social unrest of June 2020, a group of studio professionals wanted to take their allyship actions to the next level within their own industry. From there, Rise Up Animation was founded with the mission of helping diverse talent “rise up” in the animation field. We sat down with Bobby Pontillas to learn more about this initiative. Read on to learn what inspired Rise Up Animation’s creation, what the mentorship relationship means in the animation industry, and how animators are encouraging students around the globe to share their authentic stories.

SIGGRAPH: For readers who may not be familiar with Rise Up Animation, share a bit about its mission. When was it founded? What inspired its creation?

Bobby Pontillas (BP): In 2020, when all of the social unrest was happening in June we were already in quarantine, the Black Lives Matter movement started to [gain more traction], and the murder of George Floyd tipped the scales. It went from feeling like something needed to be done to something definitely needing to be done right now. My buddies, Trent Correy and Frank Abney, and I were going through the same experience of considering what we can do. We were donating where we could and trying to educate ourselves as much as we could, and we were becoming consciously aware of how to be an ally, but it didn’t feel like enough.

So, we started to beat around ideas, and we thought about the circumstances we were in at that time. Everyone was isolated, no one could see anybody. There were no conventions where students around the world could meet people and get their portfolios reviewed.

We came to the conclusion of pooling our resources and gathering everyone we know in the L.A. animation industry to offer free portfolio and demo reel reviews to artists aspiring to get into the animation industry. And, we tailored it toward people of color because we wanted to change the status quo of this industry being run by a certain demographic.

If you get the tools to people who don’t necessarily have them in any part of the world, you can equip them with the knowledge and the skills to break into the industry, which thereby paves the way for more underrepresented voices to tell their stories that, later down the line, can hopefully change the industry. But, it starts with education and encouragement.

Because of Rise Up Animation, I’ve had mentees from Cairo, Egypt, for example, who want to get into the industry. Except there’s no industry in Cairo and they don’t know anybody there. To them, Hollywood might as well be Mars. It may seem like an unreachable dream from geography or price point, but we wanted to open up these opportunities to people of color in far corners of the world and put information out there. Our hope with Rise Up Animation is to pool our resources and gather our co-workers to bring Hollywood — or animation — to them, right to their doorstep, no matter where they are in the world.

In the wake of 2020, these mentors wanted to find a platform to help out and give a voice to underrepresented people in the industry, especially Black Americans, Asian Americans, and the LGBTQ community, and to show them that they have allies on their side. The future of the industry depends on the diversity and inclusion of the stories that we tell.

SIGGRAPH: One of Rise Up Animation’s goals is to provide support to BIPOC talent as they “rise up” in animation. Tell us about how you are working to achieve and support that goal and explain the programming you bring to mentees’ doorsteps to help them get their start in the animation industry.

BP: We share our experiences to help our mentees build and strengthen their portfolios. The only thing is that we don’t have a magic bullet to make all of their visa problems go away when they’re ready to get a work visa to have a career in the States.

So, our role is to put the knowledge out there for them, and we do that in panels. We once had a panel about getting work visas in animation. We had four industry veterans talk about work visas and what it took to make that work for them.

We hosted another panel featuring industry leaders who shared their journey from, for example, Guadalajara to L.A. or Rio de Janeiro to L.A. These stories allow mentees around the world to hear from someone from their home country or another international destination who made it into the industry. It educates them on what they have to do and encourages them to be tenacious.

We also assist with their portfolios, telling them what they need to do to compete with people who are working in the animation industry.

Encouragement is one of the biggest parts of this mentorship. We want to show that it’s possible to come from overseas and make it happen, whether someone ends up in L.A., New York, Vancouver, Montreal, or London. It’s not just L.A. anymore. There are opportunities all over the world.

SIGGRAPH: Rise Up Animation’s Instagram features mentor and mentee spotlights. What is the value of the mentor/mentee relationship in the animation industry? How do you select mentors for the Rise Up community?

BP: I didn’t really have a mentor when I was trying to break into the industry, but the industry is filled with people who would want to help out those who have an ambition. I think it’s important to find those people who are generous with their time and are so passionate about their work that it fires you up. I think the best mentors are humble, patient, and inspiring.

The Rise Up Animation mentors are all volunteers doing it out of the kindness of their heart. Some mentor-mentee relationships are just a one-time meetup for an hour. For others, they want to keep meeting so mentors can watch the development and growth of the mentee. It’s very autonomous for the mentors.

SIGGRAPH: Rise Up Animation launched in 2020. What are your goals for the organization’s future in the next year? Five years? Ten years?

BP: We became a nonprofit organization late last year, so we’re trying to figure out a way that we can provide more substantial financial opportunities for up-and-coming mentees. There’s nothing set in stone yet, but we’re working with scholarship programs for online educational programs. Then, we want to do more school outreach beyond colleges. We’re trying to reach out to the high school level, which is great because there are a lot of educators from high school art institutions reaching out to us. We’re also partnering with studios in L.A. If one studio wants to participate, others will follow.

There are a lot of different levels we want to reach moving forward, but the biggest change moving from 2020 to 2021 might be a scholarship program.

SIGGRAPH: As a past contributor to the SIGGRAPH Computer Animation Festival Electronic Theater, you know a thing or two about working independently on a project and submitting it to/presenting it at the SIGGRAPH conference. Based on your work with Rise Up Animation over the past year, how do you encourage those new to the industry to showcase their work and successes among peers at professional events and conferences, such as in the Electronic Theater?

That will be the thing that sets you apart. Everyone is working to be a better draftsman and better painter every day, that’s a given. But the biggest thing is to bring your own personal experience to your portfolio or short film.

That’s what I’ve learned. There will always be a million amazing painters who make me want to cry. But the only thing that you can control is your personal story. 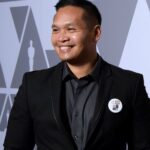 Bobby Pontillas is a Filipino-American artist who has worked in the animation and games industries as an animator, character designer, art director, and director for such studios as Disney, Taiko, Blue Sky, ArenaNet, and more. He is an Academy Award nominated director for the animated short film, “One Small Step.” Bobby is currently developing animated projects for the Disney Channel and Disney Plus.