In this episode of SIGGRAPH Spotlight, SIGGRAPH 2021 Production Sessions Chair John Kalaigian (senior technical director, Blue Sky Studios) chats with industry experts Erik Winquist (visual effects supervisor, Weta Digital) and Paul Franklin (creative director, DNEG) for a riveting discussion about the ever-changing world of virtual production, what it entails, how it has worked in the past, how the COVID-19 pandemic spurred new opportunities, and what future trends they expect to see for pre- and post-production virtual work.

Large-scale in-person movie making is not going away completely, but virtual production throughout the COVID-19 pandemic and beyond has the potential to open up new opportunities for filmmakers and visual effects teams. Take a listen! 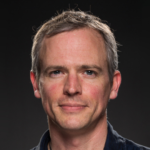 Erik Winquist is a visual effects supervisor at Weta Digital in New Zealand. He has worked on a wide range of projects from “The Lord of the Rings: The Two Towers”, “I, Robot”, and Peter Jackson’s remake of “King Kong”, whose frenetic battle with three savage ‘V-Rexes’ was nominated in 2005 for a VES award. His credits as a VFX supervisor include “Avatar”, “Rise of the Planet of the Apes”, and “Dawn of the Planet of the Apes”. He has been very involved with integrating Weta Digital’s cutting-edge performance capture technology into the production workflow, integrating digital performances into physical sets. His more recent work was on Legendary’s action-thriller “Spectral”, “War for the Planet of the Apes”, and “Rampage”. 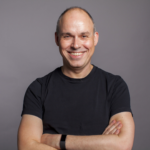 Paul Franklin is one of the world’s leading visual effects designers with over 30 years of experience in filmmaking, two Academy Awards, and two BAFTAs to his name. Paul started out by making short films with his friends at university whilst studying fine art in the 1980s. Paul became one of the first 3D computer animators working in the British video games industry before moving into television, where he worked on a wide variety of television commercials and broadcast shows. Paul supervised visual effects for all three films in Christopher Nolan’s “Dark Knight” Trilogy, earning his first Academy Award nomination for his work on “The Dark Knight”. Paul then went on to design and supervise the visual effects for Nolan’s “Inception” and “Interstellar”, winning Academy Awards for both films. He has also received five BAFTA nominations for his work, resulting in two wins. Paul serves as DNEG’s creative director, overseeing a wide range of projects within the company. His work as a visual effects supervisor and designer can also be seen in films such as “Harry Potter And The Order Of The Phoenix”, “Harry Potter And The Half Blood Prince”, and “Venom”.