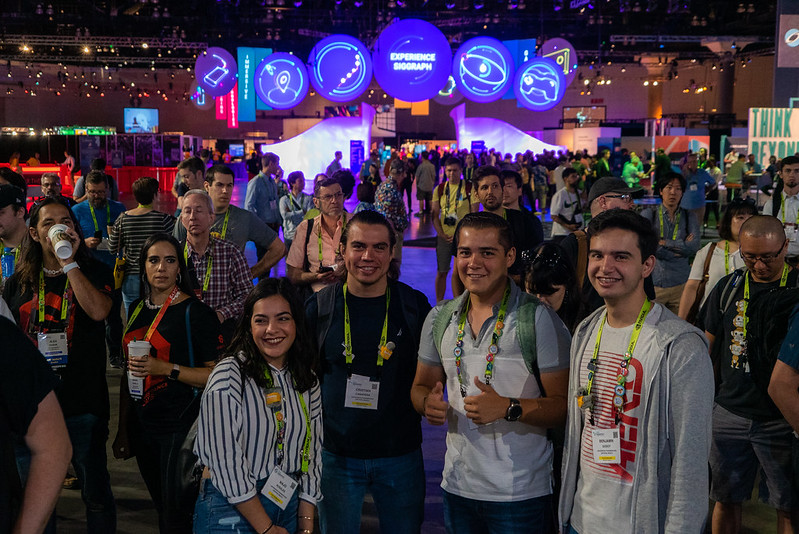 As a former Senior Technical Fellow at Boeing, David Kasik is known for his work in interactive 3D computer graphics. In the SIGGRAPH community, Kasik is known for fulfilling not one, but the sum of four roles: author, teacher, volunteer, and attendee. He has attended every SIGGRAPH conference in North America. We caught up with him to learn more about why he began attending, his all-time favorite projects, and his advice for how to navigate the conference like a veteran.

SIGGRAPH: Share your SIGGRAPH story and what makes the conference special to you.

David Kasik (DK): The computer graphics bug bit me as an undergraduate in 1969. I had the good fortune of working with William Huggins from Johns Hopkins and made two computer-animated films.

After I attended graduate school at the University of Colorado, I worked as the first member of the Battelle-Columbus computer graphics group. Management was convinced that professional activities provided value and encouraged me to not only attend conferences, but also to participate as a volunteer. I initially attended UAIDE (Users of Automatic Information Display Equipment) conferences that featured microfilm recorders. SIGGRAPH 1974 was the natural next stop, and there I discovered the joy of interactive graphics.

Ever since, SIGGRAPH has become an annual event for me. I’m the only person who has attended every North American conference, from which my daughters appreciate the annual haul of merchandise and t-shirts. My wife also enjoys wandering the conference and finding new ways to express her artistic abilities.

I keep coming back to learn about the new technology, of course, but more importantly, I have made long-lasting friendships. These individuals who make up the graphics community are truly special.

SIGGRAPH: We know there are so many good ones, but if you had to choose… What is your favorite SIGGRAPH memory?

DK: I’ve had so many great experiences that I have to do this in various categories. As an author, my favorite memory is when I found a forum for user interface management systems. As a teacher, I most enjoyed organizing and teaching courses that introduced massive model visualization. As a volunteer, receiving the 2012 ACM SIGGRAPH Outstanding Service Award was very special, in addition to running the sold-out exhibits in 1980 and 1994, along with Pioneers in the early 2000s. As an attendee, my favorite experience was seeing Alain Fournier and Loren Carpenter present images with fractal geometry at SIGGRAPH80. Loren received a standing ovation for showing the film “Vol Libre,” the first fractal animated film. Loren produced the film while I worked with him at Boeing, and my record collection provided the original soundtrack.

SIGGRAPH: What project stands out to you as one of your all-time favorites?

DK: There have been lots of cool projects coming out of Emerging Technologies, especially the ones that provided 3D displays; however, there are three that stand out. The first is Dimensional Media’s 20 screen, a rear projected interactive device. A Latvian company called Lightspace Technologies is still trying to push the technology. Another one I really enjoyed was a Japanese project featuring real-time lasers that intersected in the air to create a “voxel-scan” device. The lasers were able to display a few thousand voxels in real time, and the smell and sound of the intersecting lasers was really interesting. The third project that stood out to me was from Lemnis Technologies when they attempted to solve the vergence-accommodation conflict in stereo viewing.

I find the Technical Papers interesting as well. There was Carpenter’s “Vol Libre,” the ins-and-outs of complex Pixar animation, Buxton’s multi-modal music controller, Debevec’s facial scanning, and Campanille, and on and on.

SIGGRAPH: The theme of SIGGRAPH 2019 was “Thrive.” How has attending SIGGRAPH helped you thrive in your career?

I’ve been able to introduce new technology to the graphics community while also learning about technology I’ve successfully adapted and implemented in Boeing production.

SIGGRAPH: What advice do you have for someone attending the conference for the first time?

DK: I describe SIGGRAPH as a 10-ring circus. There’s always more to see than you can possibly attend. Do some sampling from all areas of the conference, like Technical Papers, Courses, Exhibits, Art Gallery, Emerging Technologies, etc. Attend the Electronic Theater and Keynote presentation. Above all else, when lost or in doubt, ask someone who looks like he or she has attended for a while. Veterans are always willing to field questions and provide as many answers as possible. 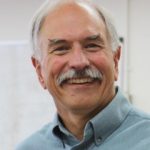 David Kasik retired as Boeing’s Senior Technical Fellow in visualization and interactive techniques in 2016. In this role, he advanced Boeing’s use of digital twin 3D design and digital thread processes.

His work with geometric data made Dave a pioneer in interactive 3D computer graphics. He devoted his first 11 years at Boeing to research and development of computer-aided design software. The project led to pioneering work in interactive 3D graphics, user interface management systems, and industrial use of non-uniform rational (NURBS) solids and surfaces.

Dave pioneered Boeing’s use of visual analytics to help extract more information from complex non-geometric data. Visual analytics supplements more traditional analytic techniques (like statistics and data mining) with a human’s ability to use vision to find anomalies and detect trends. Emerging visual analytics tools are now in use throughout Boeing.

Dave earned his Masters in Computer Science from the University of Colorado in 1972 and a Bachelor’s in Quantitative Studies from the Johns Hopkins University in 1970. He participates in numerous professional organizations, including ACM (Association for Computing Machinery), which named Dave a Distinguished Scientist in 2007 and a Fellow in 2013; ACM SIGGRAPH, where he started the annual Pioneers student mentoring program and received the Outstanding Service Award in 2012; and IEEE, where he is a past member of the editorial board and current member of the Advisory board of the IEEE Computer Graphics and Applications and was recognized as a Senior Member in 2013. He holds 8 patents, has published over 35 papers, and co-authored 2 books.