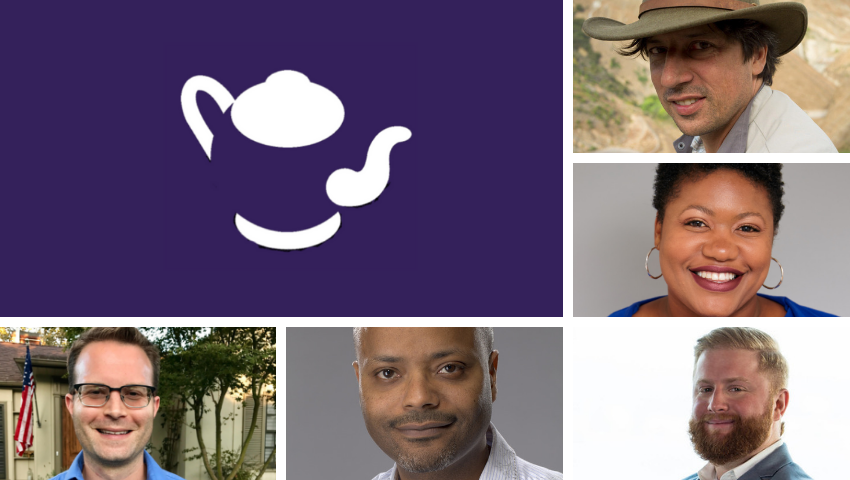 Discover more about today’s guests below, and don’t forget to attend their SIGGRAPH 2019 Production Session, “The VFX of Netflix Series,” on Wednesday, 31 July, at 3:45 pm PT during the conference. (Already registered? Download the app to plan your schedule.)

Sean Santiago and his team oversee VFX for all of Netflix’s original series, including “Stranger Things,” “Altered Carbon,” “Lost in Space,” and many more. He joined Netflix in 2017 after more than a decade as a VFX producer on features and TV series, including “A Wrinkle in Time,” “Ghostbusters,” “Godzilla,” “Marco Polo,” and other productions for Sony, Disney, Netflix, Fox, and The Weinstein Company. Prior to producing visual effects, Santiago was a stereoscopic producer and supervisor on Fox’s “Percy Jackson,” Warner Bros’ “Man of Steel,” and Fox’s “Prometheus.” He started his career at Anschutz Film Group, where he spent seven years and eventually led the VFX organization as vice president. He is a member of the Producers Guild of America, the Television Academy and the Visual Effects Society, and holds a B.A. in film production from University of Southern California.

Chrysta Burton is a VFX executive at Netflix, overseeing 60+ projects from development through post-production. She has been working in VFX and animation production for 14 years at studios, including ILM, Paramount Pictures, Walt Disney Studios, Lionsgate, Sony Pictures Television, and others. She has held a range of VFX production roles on iconic film franchises such as “Mission Impossible,” “Star Trek,” and “Iron Man,” as well as Oscar®-nominated films “Transformers” and “Pirates of the Caribbean: Dead Man’s Chest.” As a VFX producer, her credits include “The Hunger Games” films, “Star Wars: The Force Awakens,” “Star Trek Beyond,” “The Cloverfield Paradox,” and “Overlord.” Currently, Chrysta spearheads the VFX Inclusion Outreach & Networking Org within Netflix and serves as a member of the Producers Guild of America, the Academy of Television Arts & Sciences, and the Visual Effects Society.

Paul Graff began his career as a VFX artist in Berlin, Germany more than 20 years ago. Since arriving in Los Angeles in 2001, he has garnered many accolades including four Emmy Awards and four Visual Effects Society Awards. After several exciting years as VFX Supervisor for Robert Stromberg’s company Digital Backlot, Graff started his own company, Crazy Horse Effects, Inc., where he specializes in CG environments, compositing, matte paintings, concept art, and VFX design. “There Will Be Blood,” “Wall Street: Money Never Sleeps,” “Water for Elephants,” “Savages,” and “Snowdown” are among Paul’s credits as senior VFX Supervisor. He was recognized with Emmy Awards for his work on television series “The Triangle,” “John Adams,” “Boardwalk Empire,” and “Black Sails,” and, since 2017, has been at the helm of visual effects for the Netflix series “Stranger Things.”

Chris White has put his 25 years of film experience to use creating compelling digital environments, characters, and effects for some of the most significant VFX films of recent times. He masterminded the complex Goblin Caverns environment for “The Hobbit: An Unexpected Journey,” and led the creation of the photorealistic chimpanzees, orangutans, and gorillas that were the stars of “Rise of the Planet of the Apes.” His work as supervisor on each was nominated for BAFTA and Academy Award® visual effects honors. Chris has also received several VES awards. His recent credits include “Maze Runner: The Scorch Trials,” “Valerian and the City of a Thousand Planets,” “Maze Runner: The Death Cure,” and the Netflix series “The Umbrella Academy.”