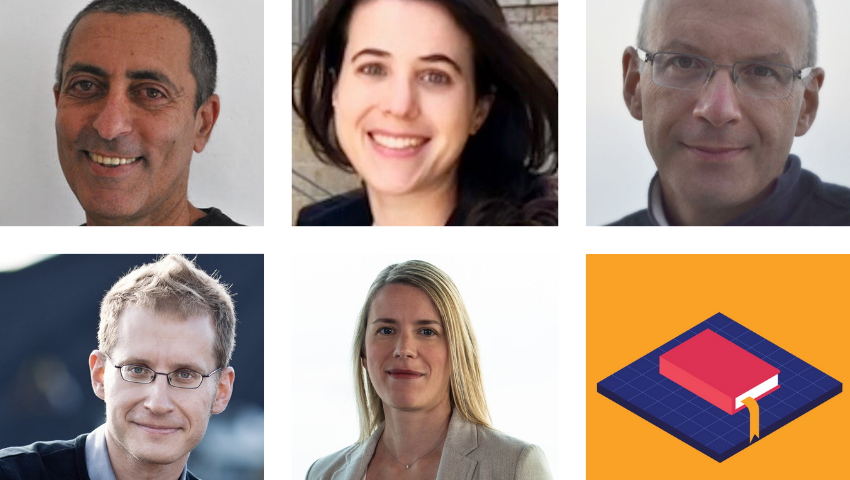 Get to know today’s guests a bit better below!

George Drettakis is a senior researcher at Inria, the French National Institute for Computer Science and Applied Mathematics. He received a B.S. in Crete, Greece, M.S. and Ph.D. (1994) at the University of Toronto with E. Fiume, and Habilitation degree at the University of Grenoble (1999). He started as a permanent Inria researcher in Grenoble in 1995. Since 2002, he heads a graphics research group at Inria Sophia-Antipolis. He received the Eurographics Outstanding Technical Contributions award in 2007 and was SIGGRAPH Asia 2010 Technical Papers Chair. He was awarded an Advanced ERC Grant in 2018. Read about his 2019 paper, “Multi-View Relighting Using a Geometry-Aware Network.”

Jaakko Lehtinen is an associate professor at Aalto University, and a principal research scientist with NVIDIA Research in Helsinki, Finland. Prior to his current roles, Lehtinen spent a few years as a postdoc with Frédo Durand at MIT. He works in the intersection of computer graphics and vision, in particular realistic image synthesis, appearance acquisition, image processing, as well as machine learning. Prior to his research career, he contributed significantly to the graphics technology behind the worldwide blockbuster hit games Max Payne, Max Payne 2, and Alan Wake. Read about his 2019 papers, “Sample-Based Monte Carlo Denoising Using a Kernel-Splatting Network” and “Deep Convolutional Reconstruction for Gradient-Domain Rendering.”

Adriana Schulz is an assistant professor of computer science at the University of Washington. Her work focuses on computational design to drive the next great wave of manufacturing innovation. Drawing upon her expertise in computer graphics and inspired by recent hardware advances, she develops novel computational methods that empower users to create increasingly complex, integrated objects. She earned her Ph.D. at MIT in 2018, master’s in mathematics from Brazil’s National Institute of Pure and Applied Mathematics, and bachelor’s in electronics engineering from the Federal University of Rio de Janeiro. Read about her 2019 paper, “Learning to Fly: Computational Controller Design for Hybrid UAVs With Reinforcement Learning.”

Daniel Cohen-Or is a professor in the School of Computer Science at Tel Aviv University. He received his B.S. in both mathematics and computer science (1985), and M.S. in computer science (1986) from Ben-Gurion University, and his Ph.D. from the Department of Computer Science (1991) at State University of New York at Stony Brook. Among his many accolades, Cohen-Or received the 2005 Eurographics Outstanding Technical Contributions Award and the ACM SIGGRAPH Computer Graphics Achievement Award in 2018. Read about his 2019 papers, “MeshCNN: A Network With an Edge” and “Learning Character-Agnostic Motion for Motion Retargeting in 2D.”