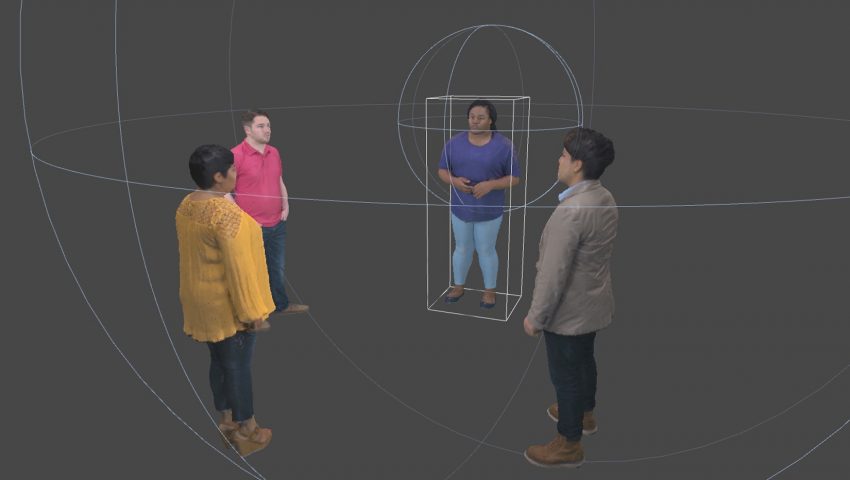 Coming out is never easy. VR experience “Out of Exile” shares the true story of Daniel Ashley Pierce, who was violently attacked by his family when confronted about his sexual orientation. The room-scale VR experience is a powerful parable of the hostility faced by many in the LGBTQ+ community.

In celebration of Pride Month (June), we sat down with the lead creator of this SIGGRAPH 2017 experience, developed by Emblematic, to discuss the journey of producing this powerful story in virtual reality.

SIGGRAPH: In deciding to showcase this true story to audiences, why was it crucial for “Out of Exile” to be an interactive narrative?

Nonny de la Peña (NP): I think when you put people on the screen audiences get a much more visual understanding of the story. That will always be more powerful than a secondhand telling. So using this emerging technology just gets the audience on screen, and gives them the ability to feel like a human being in a real story. In order to drive home this very important story, I really needed to figure out what it would be on screen. I was originally approached after the artist saw me speak at my TED Talk [to help tell Daniel’s story].

SIGGRAPH: Talk a bit about the creation process for “Out of Exile.” Technologically, what did you find exciting about the final experience you presented to SIGGRAPH 2017 participants?

NP: We had the real audio file but we didn’t have many visuals to go off of, so we had to work closely with Daniel as an authority. He had photographs and materials that allowed us to try to reproduce the scene as faithfully as possible to the original events. Then, we were able to get actors to start playing the different roles, and—because we had the audio—they knew exactly what their lines were. Daniel was also able to provide authenticity to how we were going to set people up and where they were going to go. We eventually had to do a motion capture and facial capture session, which gave us the full body material to put together a digitally recreated character, which is what we did for most of the family. For Daniel, we actually scanned him so that was a little bit of unique element. As the victim, when he’s being kicked by the virtual avatar character, it’s a version of Daniel himself. It wasn’t easy, but, if anything, I’m always looking to push the envelope in a way that is new and makes things better.

SIGGRAPH: In addition to the stories visceral/physical qualities, what were some of the key challenges you encountered during the development process?

NP: We did this with a really small team, so we didn’t get the joys of major games [productions] where they just have one person who just does lighting, or one person who just does character, and so on. We all had to wear so many hats with such a small, but we feel we’ve done a good job of telling the story. I don’t think anybody has ever walked out and said, “I didn’t feel something.” Even if the quality is not at Hollywood level, I think we were still able to hit more emotional notes to tell a really important story. Engineering-wise we had to do a lot of it in-house, but we were able to hire someone who had worked on a lot of games doing character animation and one thing they were really good at doing was fight scenes. So, it was great to be able to tap into talent from the video game industry to tell this nonfiction story.

SIGGRAPH: What, if any, were some of the VR inspirations you looked to when making “Out of Exile”?

NP: I had the very first VR piece ever at Sundance, called “Hunger in Los Angeles,” which chronicles
an incident at a food bank outside the First Unitarian Church in downtown L.A. of a diabetic man waiting in a very long line for food who collapses when his blood sugar level drops too low, entering a diabetic coma. That was based on audio. My background is as a journalist, but I was always interested in and teaching myself to code. So, I taught myself how to build in Unity. I went on to show to a lot of people the way that VR could be used for journalism, helping to establish the concept of immersive journalism. This is kind of a funny question because people always inspire me with their creative work, but I do want to say that I pioneered the field when it comes to documentary VR. Sometimes, you’ve gotta give yourself credit. We women often have trouble doing that, myself included.

As an aside, after they started Oculus, tracking was not a thing yet and you had to sit in a chair with the headset. I didn’t want to sit in a chair, I wanted to walk around and wanted full body immersion because I think that is a powerful way to tell these stories. I had to find a way to solve my own problem and started working out of my home garage with the help of my brother, making my own walk-around tracking until the Vive came out.

SIGGRAPH: Pride Month is coming up in June. Can you talk a bit about the importance of “Out of Exile” as an LGBTQA+ narrative? Do you think some of the hostility present in the narrative has shifted since it was made?

NP: You know, I haven’t heard if this figure has changed from True Colors [United]: that “40% of homeless youth in America come from the LGBTQ community.” My guess is probably that it’s the same. Although we understand that these issues may be in the news more, there are still many in the LGBTQ community who are being thrown out by their families. My guess is that this is still a real problem.

SIGGRAPH: In terms of participant reactions, what has been the reception to “Out of Exile”?

NP: People always find the piece surprising and emotional.You find a lot of people are moved to tears and are surprised by what they’ve witness. I think that that reaction, when you go to any festival really, but especially a very highly technical festival, and offer content that offers a different perspective or unique context, I think it makes people have some extremely emotional reactions.

SIGGRAPH: Since showcasing “Out of Exile” at SIGGRAPH what has the creative team at Emblematic Group been up to in the realm of VR? Do you have plans for similar stories?

[We recently launched] Reach, and it’s pretty amazing. If you want to make full, walk-around VR content you have to become a better coder, you have to run Unity, you have to run Unreal, et cetera. With Reach, we’ve made so it’s just buttons. It’s kind of shocking how well it works. You could start making VR content in 10 minutes. I know it sounds crazy, but it’s true. When I was first thinking about “Hunger” as an idea, I had so many people saying that will never work, that’s a game, that’s not journalism, blah blah blah. Now, everybody makes immersive journalism. Now it’s a thing. Similarly, I was recently at a dinner telling someone about Reach and they were like, “You can’t do that. C’mon, there’s no way.” So I asked for a laptop and somebody gave us a MacBook Air and, using the restaurant Wi-Fi, that person was building an experience 20 minutes later. They couldn’t believe it.

SIGGRAPH is an inclusive, exciting environment for all to explore content like “Out of Exile” and other stories and experiences. Jump into all things virtual reality at SIGGRAPH 2019 when you register and visit the Immersive Pavilion or VR Theater this summer in L.A.! 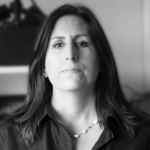 Nonny de la Peña is the founder and CEO of Emblematic. Known as one of the of the most influential pioneers in developing virtual reality as a modern means of expression, Nonny was named “The Godmother of Virtual Reality” by The Guardian and Engadget, while Fast Company acknowledged her as one of the people who made the world more creative for her ground-breaking work in immersive journalism. Watch her TED Talk below.