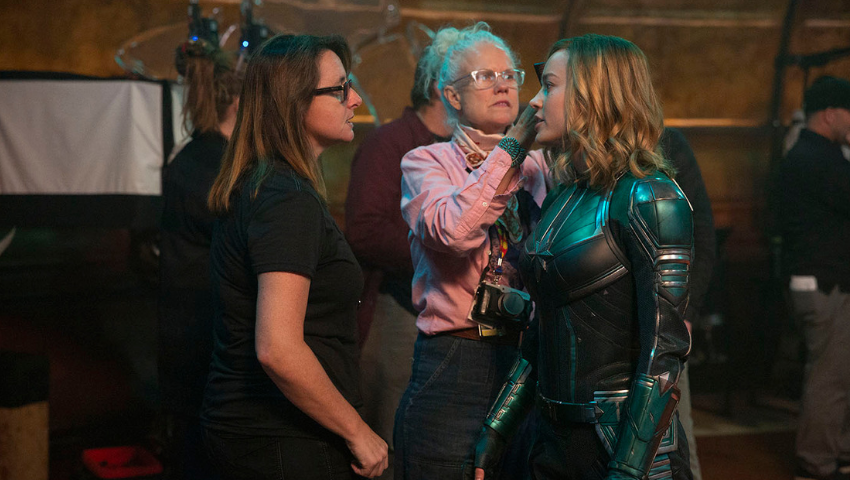 SIGGRAPH 2019 Keynote Speaker Victoria Alonso is a real-life superhero. As the Executive Vice President of Production for Marvel Studios, the Argentinian native is a leading force in a male-dominated entertainment industry. A longtime SIGGRAPH participant (“I’ve been attending SIGGRAPH since before there was a line at the ladies’ room.”), she is an advocate for diversity on-screen, rides a scooter around the Marvel Studios office, and her work and influence makes change not only in the entertainment world but in the hearts of Marvel fans everywhere. Read on to discover more about Victoria Alonso and how she thrives.

1. She makes a lasting impression in meeting rooms.

When Alonso walks into a meeting, she does a headcount of the number of men and women in the room. At the end of each meeting, she announces the number. This practice calls attention to the industry’s gender gap. “I get no pride, no power, by being by myself. I’m happy to hold the banner, but I don’t want to be there alone,” says Alonso.

Alonso’s own daughter dubbed her a “change maker” — a perceptive comment from an 8-year-old. Alonso is exactly that. She produces movies that people of all demographics watch and see themselves in. Alonso told BBC News, “We are determined to have every one of those people represented in some way at some time.”

A cast of diverse heroes, villains, and supporting characters is a top priority for upcoming Marvel films, and Alonso is one of the strongest advocates. “…If we do it, maybe somebody else will do it,” says Alonso, who further encourages every studio to make the effort. She is hopeful for the future of diversity in the entertainment industry, and believes that it is easier to have a diverse group at a lower level because they can learn and carry on those experiences as they become leaders.

4. Her most prized Marvel possession is one-of-a-kind.

As Marvel fans across the world collect official memorabilia, Alonso owns a piece of art that even the biggest fan could never get their hands on: Alonso’s daughter drew a portrait of her and wrote “Marvel” across it. The sweetest part? Her daughter misspelled Marvel. Discussing the drawing, Alonso shared that it is “a beautiful rendition of a child’s view of…the nature of what we are.”

5. She is proudest of Marvel’s work on “Black Panther” and “Captain Marvel.”

As a powerful and longtime leader at Marvel Studios, Alonso has a huge portfolio of work to be proud of. Despite this, these two films stand out as the most special, to date, in her eyes. “Social change is not up to me, it’s up to everyone. […] This is my little part as a parent of a daughter and as a filmmaker,” she told The Hollywood Reporter.

Hear from Victoria Alonso herself during SIGGRAPH 2019 on Monday, 29 July. Register to join us at the Los Angeles Convention Center.

Upon joining Marvel as the company’s Executive Vice President of Visual Effects and Post Production, Alonso doubled as a co-producer on “Iron Man,” a role she reprised on “Iron Man 2,” “Thor,” and “Captain America: The First Avenger.” She graduated to Executive Producer on 2011’s “The Avengers,” and has since executive produced over a dozen Marvel films, including Marvel’s “Iron Man 3,” “Captain America: The Winter Soldier,” “Captain America: Civil War,” “Thor: The Dark World,” “Avengers: Age of Ultron,” “Ant-Man,” “Guardians of the Galaxy,” “Doctor Strange,” “Guardians of the Galaxy Vol. 2,” “Spider-Man: Homecoming,” “Thor: Ragnarok,” “Black Panther,” “Avengers: Infinity War,” and “Ant-Man and The Wasp.” Alonso recently finished “Captain Marvel,” and is currently working on “Spider-Man: Far From Home” and “Avengers: Endgame.” Alonso is the recipient of numerous awards and honors, including being the first woman honored with the Harold Lloyd Award from the Advanced Imaging Society, and the first woman to receive the Visionary Award at the Visual Effects Society’s VES Awards.