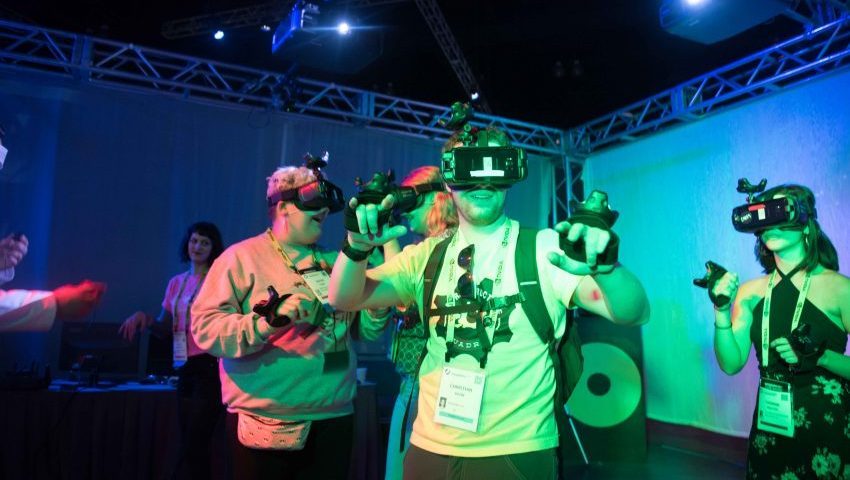 Dr. Wayne Carlson walks through VR’s move from concept to reality and SIGGRAPH’s role in its evolution

Wayne Carlson, Ph.D., is something of a historian of computer graphics and interactive techniques. Actively engaged in computer graphics since the early days, Carlson is a former professor of design technology at The Ohio State University and has held complementary appointments in the departments of art, art education, and computer science and engineering. His research interests fall in the areas of computer animation, geometric modeling, interactive museum installation design, the use of computer graphics and multimedia in education, and visualization. Among his many accolades, he has been awarded grants from the National Science Foundation (NSF), the Advanced Research Projects Agency (ARPA), NASA, the Air Force Office of Scientific Research, the U.S. Department of Education, and the Ohio Board of Regents, among others, and has published papers in various journals as a result of those activities. Carlson has also been active with SIGGRAPH for some time, completing terms as vice chair and director, and serving on various conference committees. 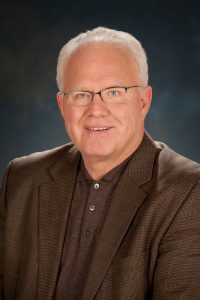 In 2017, Carlson released Computer Graphics and Computer Animation: A Retrospective Overview, a book dedicated to digging into the history of the computer technologies with which we’re so familiar today. Carlson devotes a section of his book to VR, tracing it all the way back to its origin. He writes,

The field we now know as virtual reality (VR), a highly multidisciplinary field of computing, emerged from research on three-dimensional interactive graphics and vehicle simulation in the 1960s and 1970s. Not surprisingly, the development of the discipline can be traced to early work at MIT and Utah and none other than Ivan Sutherland. […] VR is one of those fields that Ivan Sutherland would christen “holy grails” – fields involving the synthesis of many separate, expensive, and risky lines of innovation in a future too far distant and with returns too unpredictable to justify the long-term investment.

We were able to sit down with Carlson and ask him about the initial investment hesitation for VR, as well as when the shift started to tilt in VR’s favor. Carlson was also able to illuminate how SIGGRAPH helped shepherd VR into the public eye and drive its positive perception into what we know today.

SIGGRAPH: Can you share your thoughts on how and why investment in VR has shifted over time?

Dr. Wayne Carlson (WC): The difficulty with the innovation Sutherland was referring to, is that the area of VR (sometimes called virtual reality, virtual environments, or even augmented reality, and probably several others) required expensive equipmen, or equipment — i.e., headsets and controllers — that either did not exist outside the lab, or that was too bulky or inaccessible. And even if the equipment existed, the capabilities of image synthesis that was realistic enough to be believable were out of reach from a software perspective. In addition, the computing power necessary to generate such images was limited, and compromises (at the time) needed to be made regarding the complexity of images and the speed of “playback” for real-time experiences. As a result, it was, as he said, “not a safe basket in which to put your eggs.” In many respects, that has all changed.

The quality of images that can be generated in real, or near-real, time has increased markedly; the computing capabilities are much, much more affordable and accessible; and, the display equipment is now of high resolution at an affordable price. This shift has really taken place over the past several years. Maybe we started to see the shift with the development of an affordable headset, like those from Oculus and Sony, earlier in the decade, but it still didn’t really take place until the past year or two, and now many companies are working on their own display headsets, thanks to innovations such as the HTC Vive and Google’s Cardboard.

Additionally, controllers have moved beyond technologies such as the Data Glove, with virtual movement sensors, even at the gaming level. Software and computing technology have advanced to the point that “realism” is possible on a scale necessary to feed the displays with believable environments. Add all of this to the fact that we are now seeing the demand for these technologies advance beyond gaming into training, health services, simulation, and others, and the shift has finally moved us from a stagnant technology to one with real promise.

SIGGRAPH: When VR first came on the public radar as a physical system in the early 90s, SIGGRAPH served as a megaphone and an informational platform for the emerging technology. How have you seen SIGGRAPH evolve to serve as an incubator for developing VR into present day?

WC: VR as named has been of real interest to the graphics community since the late 80s and early 90s, when Jaren Lanier started VPL, and the potential of realizing the promise of Sutherland and other early researchers was seen.

But the concepts that have driven the VR discipline were on our minds from the early 80s. The “quest for visual realism” drove the development of rendering systems, modeling systems, parallel architectures, flight simulation, interactive techniques, and all aspects of computer image synthesis from the time SIGGRAPH was established.

You are correct ― SIGGRAPH was indeed a mouthpiece for the emerging technologies related to VR. Once VR was established as a research area, many of the early demonstrations of technology happened in hotel suites at the annual SIGGRAPH conference, where innovators invited attendees to see what they were engaged in. SIGGRAPH started to see more technical papers on VR-related research, and we saw the potential in film and video through high quality animation out of the SIGGRAPH Computer Animation Festival. In 1992, the movie “The Lawnmower Man” pushed some of these films into cultural acceptance, and the ideas of VR experiences as we know them today really took off. We added sessions on VR in the SIGGRAPH conference Courses and Panels programs, and started to see early developments through workshops and Birds of a Feather programming. We even saw some early innovations by the artist community in the Art Gallery.

Some of the early research work in VR was also included at the CHI conference of SIGCHI, ACM’s computer human interface interest group. Early on, this conference was held independently, but if I recall correctly, several conferences were either back to back or co-located with SIGGRAPH around that time. At any rate, the groups cosponsored the Symposium on User Interface Software and Technology (UIST), and aspects of VR were certainly presented there.

Don’t forget that Tom DeFanti, a former president of ACM SIGGRAPH and conference chair, was instrumental with the development of VR with the invention of the CAVE virtual environment system. Also, Fred Brooks, Henry Fuchs, Mary Whitton, et al., from North Carolina were very involved with SIGGRAPH and were early contributors to augmented reality and haptic research related to VR.

Discover what’s next for virtual reality and explore its past as part of the SIGGRAPH 2018 Virtual, Augmented & Mixed Reality program’s Immersive Pavilion in Vancouver. Register today to join us, 12-16 August.