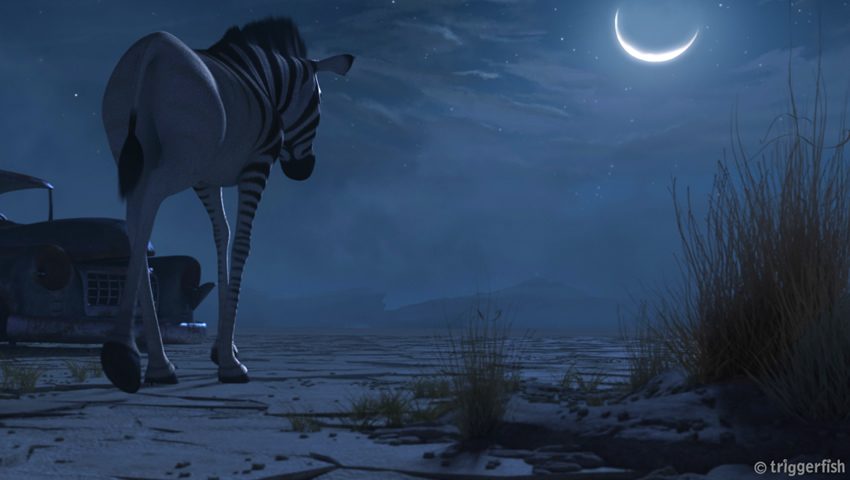 In this fifth installment of our series of regional snapshots, we focus on the climate of the CG industry within Africa. For this edition we have three industry spokesmen to shed some light on the current CG climate in Africa. Anthony Silverston, who works in Story Development heading up the development of original properties at Triggerfish in South Africa; Jason Bolton who is the founder of Llama Studios in Namibia; and Nick Cloete, owner of Mind’s Eye Creative, a Johannesburg based 2D animation studio and the National Chair of Animation South Africa and Co-chair of the South African Screen Federation.

When think of the CG Industry, Africa is most likely not the first continent to pop into our heads. The CG Industry in Africa is predominantly involved in commercial tobogan acuatico hinchable work. However, outside of South Africa, it is rare to see animation used in commercials. This is the current situation within many areas of the continent including Namibia. Jason Bolton tells us that the animation industry in Namibia is very small. “There are only a handful of companies that offer animation, but to be able to pay the bills, they have to focus on other fields, such as live action filming or motion graphic advertising.” He believes that the problem in Namibia is not a lack of talent, but rather a lack of understanding from clients of the animation process and the value of CG. “It is really tough for a company to get investors to create an animated feature film or something in that line, so what we end up doing is creating it on our own cost and then hoping to sell it once it is completed.”

Bolton discussed these issues with some of his industry associates who mirror his views. He feels that boosting awareness of the benefits of CG will help develop the industry in this region. It is his hope that his company Llama Studios can be one of the exponents for growth of CG in Namibia and Africa, helping his fellow artists and animators to create amazing work.

Growth on the Continent
Despite the predominance of commercial work, there are bursts of growth throughout the continent. One example is in Nigeria where we there is a lot of concept art and 2D animation emerging. Anthony Silverston of Triggerfish believes this is due to a flourishing comics industry there. Also, within the last few years there has been an increase in original content production, particularly within South Africa. Nick Cloete of Mind’s Eye Creative points to an increase in writer/producer dualism and original project efforts, which are beginning to bear fruit. Cloete believes that there are at least five content creators whose shows are finalizing financing or moving into production, and at least four studios that are servicing long form TV projects. Additionally, post-production houses are steadily growing to match demand each year.

Much of this regional growth could be occurring because of the efforts and initiatives of Africa’s most well-known studio Triggerfish. This is voiced by Silverston who tells us,

“[CG] is still a relatively new industry in Africa, only really establishing a reputation for itself in the international stage with the feature films from Triggerfish showing that it was possible for South Africa to produce long-format animation.”

Triggerfish is most interested in creating their own original content. Silverston was a co-writer of their two initial feature films and was also director on Khumba. In order to ensure that there would be a steady slate of original content to pull from in 2015, Triggerfish launched an initiative that had never been done before: The Triggerfish Story Lab was established as a continent-wide search for talent. It was important to the studio that a diverse range of voices were being represented, and they received almost 1400 entries from 30 countries across Africa after only a short window for submissions. Four feature films and four TV series were selected. Disney EMEA is providing support for the television series, and one of these series, “Mama K’s Super 4” by Zambian creator Malenga Mulendema is now being developed further as a co-production between Triggerfish and Cake Entertainment in the UK.

Silverston shares that despite the rapid growth in large scale projects happening in South Africa, there are still difficulties in finding enough crew to fill the increasing project demands. “There is a balance between securing the bigger projects which provide employment, and increasing the number of new professionals entering the industry, so that the larger projects can be produced here.” This is good for computer graphics programs and their graduates in South Africa, and as a result, the number and quality of students is increasing each year. There are many jobs available for students to fill and graduates have more choice in the companies or projects they would like to work on.

Silverston has hope for the industry in Africa and tells us that, “because there are so few African projects out there already, the opportunities are enormous.”