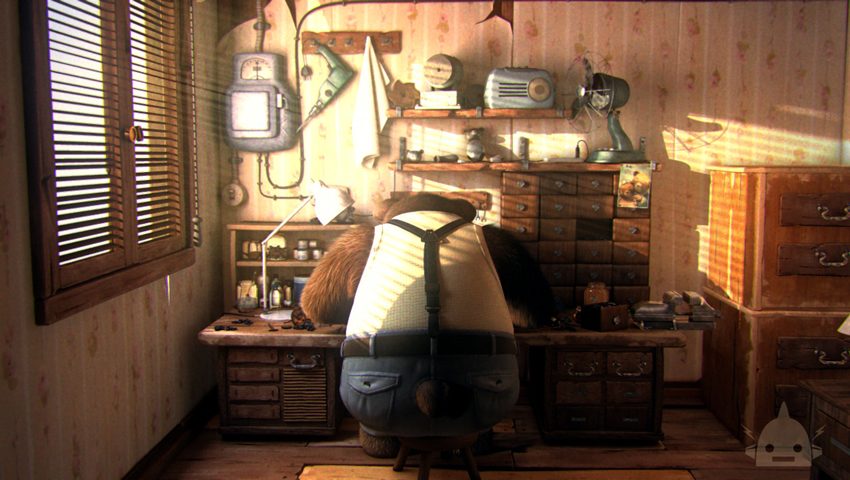 In this fourth installment of our series of regional snapshots, we focus on the climate of the CG industry within South America. Cristián Freire, a Chilean independent animator and current president of the Santiago ACM SIGGRAPH Chapter in Chile, and Milton Luiz Horn Vieira, professor of the Graphic Expression Department at the Federal University of Santa Catarina (UFSC) in Brazil, will help us decipher and explore the current trends emerging within computer graphics and the job and work climate within the region.

Both Freire and Vieira believe that in their respective countries, as in many other countries in South America, there is rapid growth in the industries of animation, VFX and video games. While the majority of animation studios in Chile specialize in the more traditional art forms of 2D animation and stop motion, there are still some very good studios that specialize in 3D, such as the Punk Robot (winners of an Oscar in 2015 for ‘Bear Story’) who will be part of one of International Resources sessions during SIGGRAPH 2017.

Vieira expands on this statement about growth to say that within Brazil this can especially be noticed in region of Greater Florianópolis. “The city of Florianópolis occupies the position of most innovative capital n the country.” Vieira explains that there are 45 entities (universities, companies, technological parks, technological incubators) in this region that work together to strengthen the local ecosystem.

Within Chile there is work in animation and VFX for advertising, and some studios are also branching out to develop original content for educational material, short films and animated series. A few of these original content creators are even beginning to venture into feature films. For example, the studio Carburadores has two feature films currently in pre-production. Freire however feels that a common denominator between all studios is the movement towards VR and AR. At present most of these experiences are commissioned by cultural organisations and advertising. He elaborates to say that “These are isolated actions that we hope will multiply in the future, with the arrival of a new generation of mobile devices that are fast enough for these new forms of expression.”

Freire informs us that, as of 2017, the Chilean government introduced a law that allows tax exemptions for large productions. Nevertheless, there is still a lack of overall tax exemptions for foreign companies investing in Chile, which affect animation and visual effects studios, particularly those with a focus on advertising or short form productions, from being able to export their services abroad. Still, the government supports the local industry with annual grant incentives for the production of short films, scripts and partially for the development of feature films.

In regard to video games, Freire tells us that most companies are dedicated to the creation of games for mobile devices, while just few are focused on console games. He elaborates, “In 2016 the video-game industry billed USD 12.3. These figures are very similar to those of 2015 and much higher than those of 2014 and before. This is a milestone in a country that has as its base of economy the extraction of minerals such as copper.”

While Freire believes that the industry of animation, VFX and video-games in Chile is growing, there are Latin American countries still facing struggles and finding it difficult to find their footing in the world of computer graphics. Venezuela is one such country. You can read more about Venezuela in this article by our IRC member Gabriel Casique.

Freire explains that, “with respect to the workforce, each year nearly 100 new animation professionals graduate from Animation schools [in Chile], most of them are not specialized.” Nonetheless, this lack of specialization is not necessarily negative because “as the domestic industry is developing, studios often require more generalists than specialists.” However, Freire expresses concerns that none of the schools with animation programs in Chile have a focus on research.

Freire believes that to achieve a continuous growth in the region it is important to strive for cooperation among the countries in the region. “Although [Chile is] currently collaborating with Colombia, Brazil, Argentina and Uruguay, it is very important that each of these countries have friendly co-production policies in order to take on more ambitious projects with a potential audience of more than 200,000 who share a common language, history and lifestyle.”

Vieira believes that currently the greatest challenges for the region of Florianópolis are creating a qualified talent base that can meet the demands of the rapidly evolving industry, improving efficiency of the local Municipal Innovation Fund & Attractive Company Incentives, and improving regulatory practices for new and existing companies. The local government has considered the importance of investing in science, technology, and innovation to stimulate economic and social development. With this consideration, public policy initiatives are working towards reducing the bureaucracy of opening new companies until incubators can be established within the local technology-based companies.