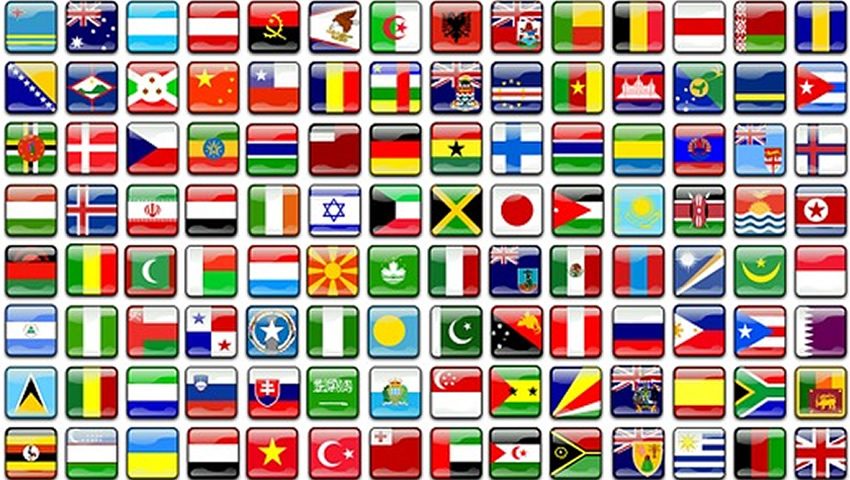 In this three-part series, SIGGRAPH Student Volunteer alum and guest blogger Jessica Sommerville looks at how the SIGGRAPH SV program has shaped the professional lives of some of its alumni. If you missed the first installment, you can read it here. 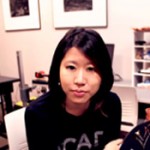 Ginger is a recent graduate from a Masters of Fine Art: Animation at SCAD Atlanta. She was chosen as one of Variety’s 110 students who represent the future of film, media and entertainment in honor of its 110th anniversary, part of the SIGGRAPH Student Services Committee (S3), and is a Juror for Atlanta Film Festival Oscar-eligible animated shorts category.

“Personally, attending SIGGRAPH was a goal that I searched up when I was still doing my undergrad in computer graphics in Bangkok, Thailand. It was the name that kept cropping up in my research and the animation book about PIXAR history.” She tells us,

“I am a strong advocate for what I believe in and often times that is about sharing valuable resources and pushing people towards a direction that might help them towards their goals. If a student is interested in technology, film making, photography, animation, arts or the synergy of technology and leading trends, this is the place to be.”

A big focus of Ginger’s response was on the knowledge she gained at the conference, she informs us that,“ I was able to check out and try out so many different technologies I was interested in or never heard of before.” Ginger has used skills she learned from new technologies at SIGGRAPH in her own personal and professional work. She cites one example, “AURASMA showcased their augmented reality application [2013], which got me really interested and I was able to use their free app to create augmented reality photos that moved, I was able to impress some higher ups in the industry at my own student show with it. I am also planning to implement it for a party I am helping to spice up with VR/AR and projection mapping for the Atlanta Film Festival.”

Another big theme was collaboration and she tells us that she was inspired by other SV’s making their way into the industry. “When it’s your friends that started in the same place, there’s a sense of pride and fuel added to the fact that you feel if they can make it, so can you.” Again highlighting the advantage of meeting so many other students all with diverse backgrounds “you will meet 300+ other students from other schools to expand your network and knowledge and see what everyone is up to as well as get to see the skillsets beyond those of your school.” 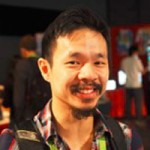 Ken is presently working as a surfacing artist at Animal Logic, he also recently worked in the Assets department at Luma Pictures on several of their VFX projects.

Ken believes that he wouldn’t be working in the industry today if he didn’t attend SIGGRAPH as an SV.

“I received an incredible amount of feedback not just from the reel review sessions but from industry professionals who I met throughout the conference.”

“I remember trading shifts with a fellow SV so he could watch the Guardians of the Galaxy production session (yes, I now realize what I missed out on), however on my shift I found myself seated next to a group of industry veterans some of whom are ex-Pixar / Disney / Dreamworks who kindly offered their words of wisdom. I remember feeling ‘out of my league’ at the time but their comments were really encouraging giving me an extra boost to further develop my portfolio.”

The SV committee members put a lot of time and effort into organising SV special sessions where they have people from they industry come and speak with the students. They also collaborate with S3 to host reel review sessions. Ken elaborates on why these SV extras are beneficial “I guess the biggest question everybody asks themselves is ‘Will I actually make it in the industry?’ and being an SV there are many opportunities to ask advice on how to get in, or what do studios like to see in a portfolio and the reel review sessions offered can be super beneficial. These opportunities aren’t limited to the sessions offered as the conference itself exposes you to many industry professionals who are endless sources of information.”

“Coming from Australia we’re not as exposed to the industry so it was hard to gauge the likelihood of obtaining work in this field but it was reassuring to know that the industry is not as small as we thought. I really enjoyed networking with many like minded people, making life-long friends that you get to see at following SIGGRAPH conferences and who knows, maybe you’ll end up working with them one day. AND free stuff!!! SIGGRAPH loot is sweet!!!” 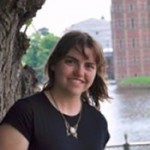 Alyssa is currently working as a production assistant at Zoic Studios.

“Being an SV has so much to offer: new friends, professional exposure, networking, artist development, art critiques, insight into to projects not offered anywhere or to anyone else, the list is endless.” Alyssa informs us of the joy she experienced when she got to meet some of her animation hero’s. She cites “Pete Doctor (Up, Inside Out), Chris Sanders (Lilo and Stitch, How to Train Your Dragon), Jorge Gutierrez (Book of Life), and many other[s]…who all inspired me with their words of wisdom and perseverance.”

She tells us that the SV experience “gave me real life exposure to the world of 3D Graphics and Animation. Back home in Colorado, there was virtually nothing relating to my field outside of my schooling environment. Being a SV not only gave me this exposure but it inspired me to keep at it. It proved to me that being a 3D artist doesn’t mean that you will become a starving artist.” Alyssa believes that, “Without being a SV and SIGGRAPH, in general, I would not be working at Zoic Studios now. They offered an internship to me, and later a position as a Production Assistant, after learning that I have experience as a SIGGRAPH Student Volunteer. Having this volunteer experience showed my employers that I had experience related to 3D graphics outside of class work.

“Another thing that helped me to jump start my career was the professional demo reel reviews I received as a SV. My most memorable review was with Gregory Culp, the lighting lead for Disney Animation’s “Feast.” The perfecting of my portfolio through the opportunities that being an SV provided me, like Disney, insured that my demo reel was on par with the industries expectations.”

“My demo reel combined with my Student Volunteer experience are the two factors I credit to the fantastic start of my career.”

She recommends this experience for students who are serious about pursuing a career in this industry because, “not only does it show that you are truly committed about pursuing this career path but also because it gives you hope. This is a tough industry. It is still relatively small and because of that hard to break into. Sometimes you are going to feel like it’s not worth the effort. Being a SIGGRAPH SV will help overcome this feeling of doubt because being in this field is amazing and you want to be part of it, trust me. So if you want to be here then get here, become a SIGGRAPH Student Volunteer and become proud to be SV!”