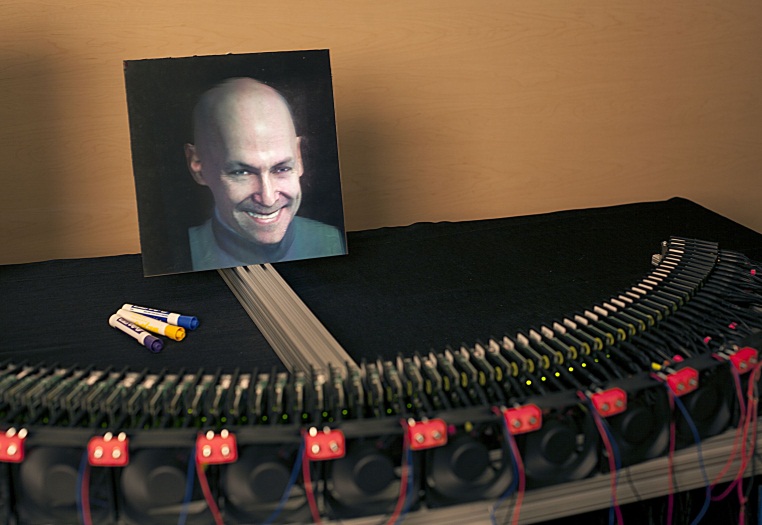 SIGGRAPH 2013, 21 -25 July at the Anaheim Convention Center in California, released its list of 2013 Emerging Technologies highlights that will be featured at this year’s conference.

“We had an incredible response from many fields, including displays, robotics, input devices, interaction techniques, gaming, and computer vision,” said Dylan Moore, SIGGRAPH 2013 Emerging Technologies Chair. “We were especially pleased that our call for assistive technologies was answered. The focus was to only showcasing those technologies that blew the jury away on every level, and meeting a high bar for quality and novelty.  We can’t wait to get these technologies in the hands of our attendees to try out.”

This dense-projector-array display is optimized in size and resolution to display an autostereoscopic life-sized 3D human face with a wide 110-degree field of view. It has multiple applications, including 3D teleconferencing and fully synthetic characters for education and entertainment.

IllumiRoom is a proof-of-concept system that augments the area surrounding a television with projected visualizations to enhance traditional gaming experiences. It changes the appearance of the room, induces apparent motion, extends the field of view, and enables entirely new physical gaming experiences.

Commercial time-of-flight sensors based on photonic mixer devices (PMDs), are used to capture transient images of photons in-flight. Through the use of readily available components, Light-in-Flight is orders of magnitude less expensive than previous approaches, while simultaneously simplifying and speeding up the capture process.

A mixed-reality shoulder exercise game developed for prevention and treatment of shoulder pain for individuals with spinal cord injury.

A detailed list of all SIGGRAPH 2013 Emerging Technologies is available here.