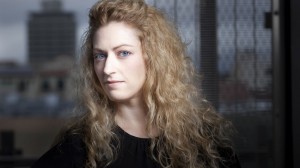 SIGGRAPH announces the selection of Jane McGonigal, director of game research and development at the Institute for the Future (IFTF), as keynote speaker at SIGGRAPH 2012, the 39th International Conference and Exhibition on Computer Graphics and Interactive Techniques, 5-9 August 2012 at the Los Angeles Convention Center.bouncy castle McGonigal’s research at IFTF focuses on how games are transforming the way we lead our real lives, and how they can be used to increase our resilience and well-being.

“Jane McGonigal is an ideal keynote for SIGGRAPH 2012 as the perfect illustration of this year’s conference theme,” said Rebecca Strzelec, SIGGRAPH 2012 Conference Chair from Penn State Altoona. “Her vision, vocation, and world-renowned accomplishments truly embody the collision, juxtaposition, and interaction of art and science.”

McGonigal is a visionary game designer and futurist, using alternate reality games to conduct research, build communities, connect with markets, and solve real-world problems from curing disease to addressing issues of poverty, hunger, and a world without petroleum. She has created and deployed award-winning games in more than 30 countries on six continents and directed the world’s first massively multiplayer forecasting game, Superstruct, which brought together more than 7,000 future forecasters from 90 countries. She currently serves as the Chief Creative Officer for SuperBetter Labs.

McGonigal’s New York Times bestselling book, Reality Is Broken: Why Games Make Us Better and How They Can Change the World, explores the power and future of gaming and reveals how its collaborative aspects are being used to solve some of the most difficult challenges facing humanity. Her personal goal is to see a game designer nominated for the Nobel Prize by 2023.

The New York Times featured McGonigal as one of 10 scientists with the best vision for what’s coming next; she earned Harvard Business Review honors for one of the Top 20 Breakthrough Ideas of 2008; BusinessWeek called her one of the Top 10 Innovators to Watch; and Fast Company named her one of the 100 Most Creative People in business.

Check out her appearance on The Colbert Report by clicking here.